The driving force behind the founding of the Brooklands Section was Alan J. Dunn of Headley Down, near Bordon. In 1969 he was busy canvassing support for the establishment of a new VMCC Section to be named after the Brooklands Circuit. Here’s a copy of a letter sent by Alan Dunn to John Hodges, encouraging him to attend the foundation meeting of the Section at the Hand and Spear Hotel in Weybridge on Tuesday March 18th 1969 at 8.00pm. (Link to Alan Dunn’s letter). Incidentally, John Hodges and several others of the founding members visited the Section in April 2019 to celebrate its 50th Anniversary (Brooklands Golden Anniversary)

Shown below are the earliest Notes from the newly-formed Section (thanks to Robin Sutherland for digging them out from his old copies of the VMCC Journal of 1969. He’s clearly a man who throws nothing away..). Fascinating to read of the first Bring and Buy Sale, where a veteran JAP engine and a vintage 250 OHV racing engine fetched only £2 each !! 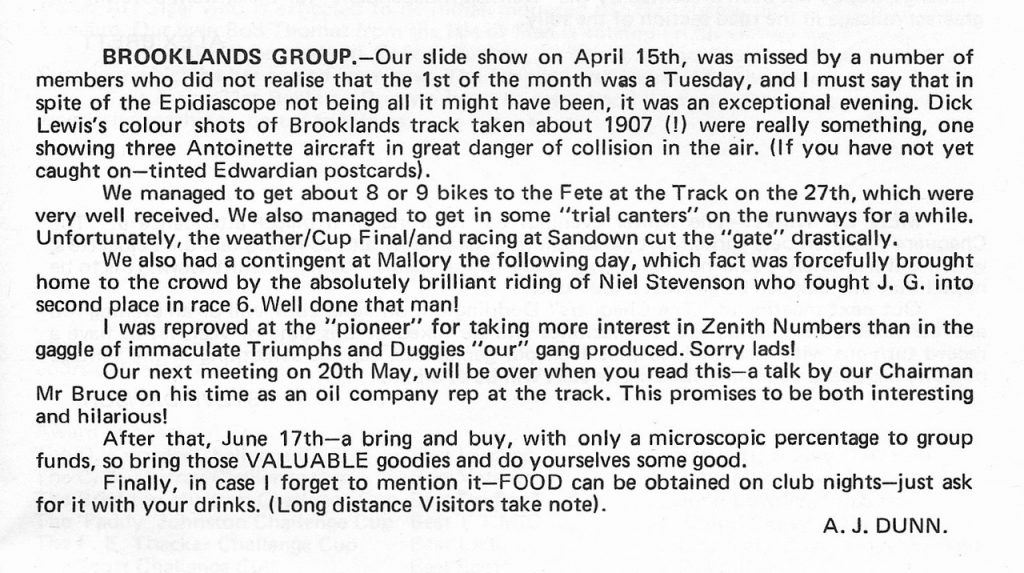 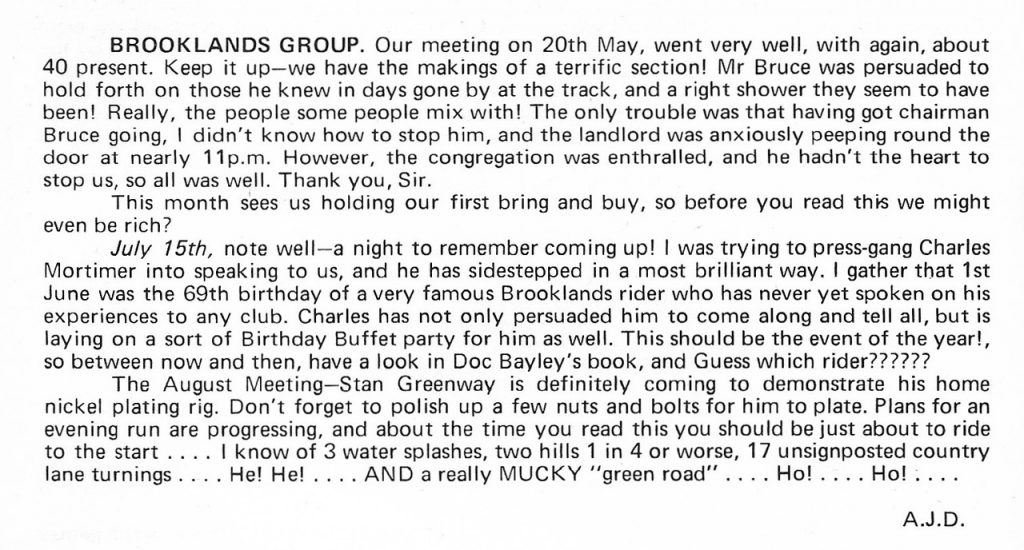 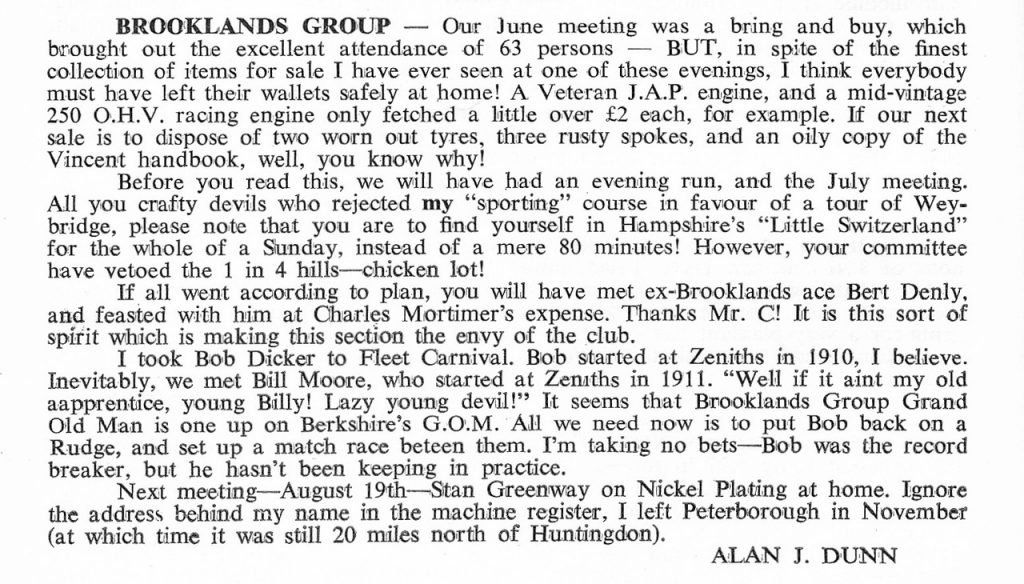 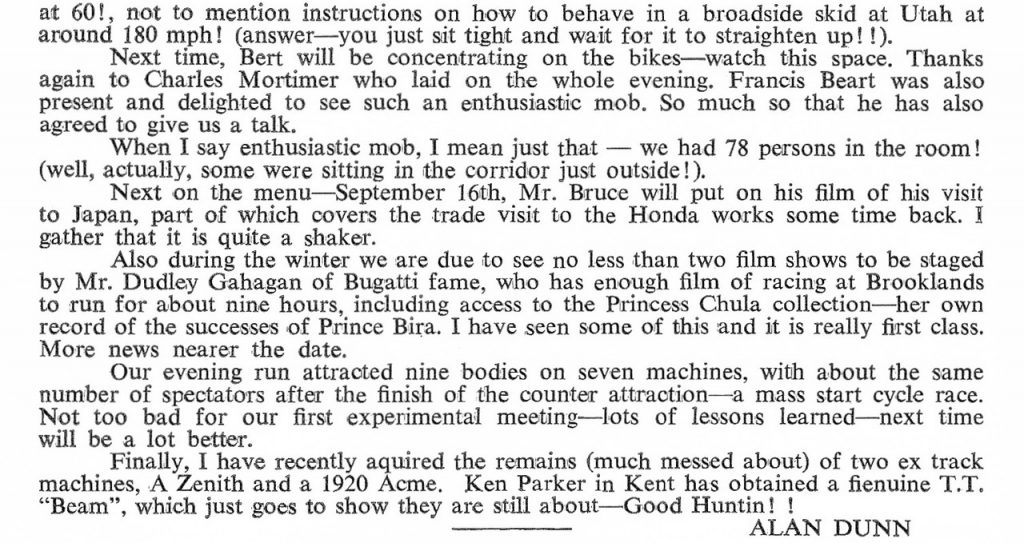