Despite the threat of heavy showers twenty three riders turned out for the 2019 Pre War Run on Sunday 6th October, including several visitors from neighbouring Sections. There were in fact two runs – a self-guided run (with route instructions) for the 9 riders on pre-war machines and a guided run led by John Gentleman for the 14 riders of post-war bikes. Both runs started and ended at the British Legion Club in Normandy, where tea and multiple plates of home-made cakes were provided by a hard-working team including Simon Huckle, David Bell, Beth Baxter and several others who are owed a hearty vote of thanks. 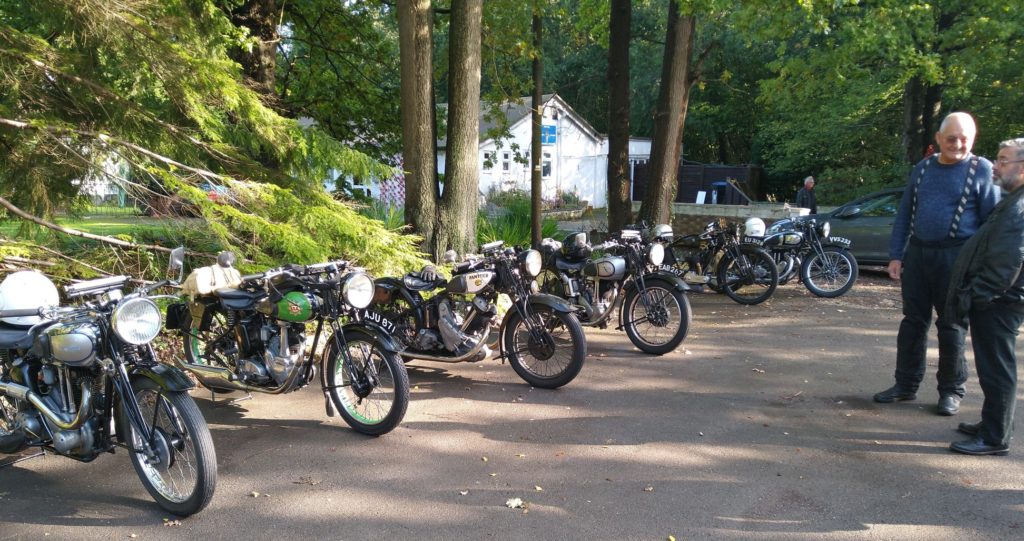 Where is everyone? Eating cakes in the Club House!

Ready for the off 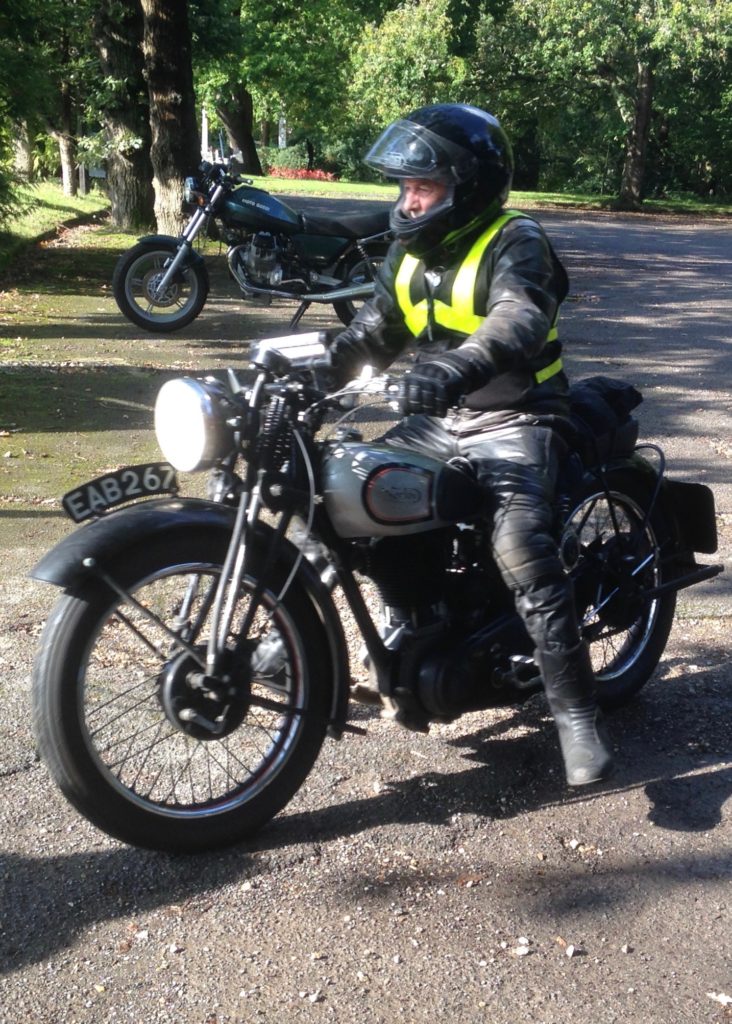 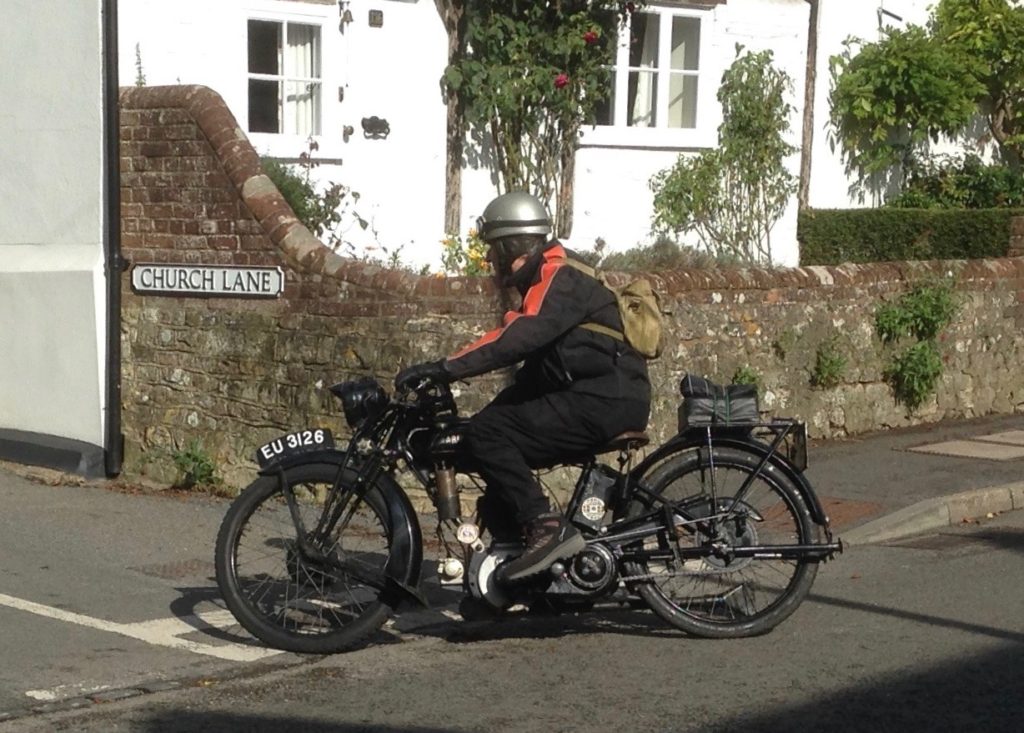 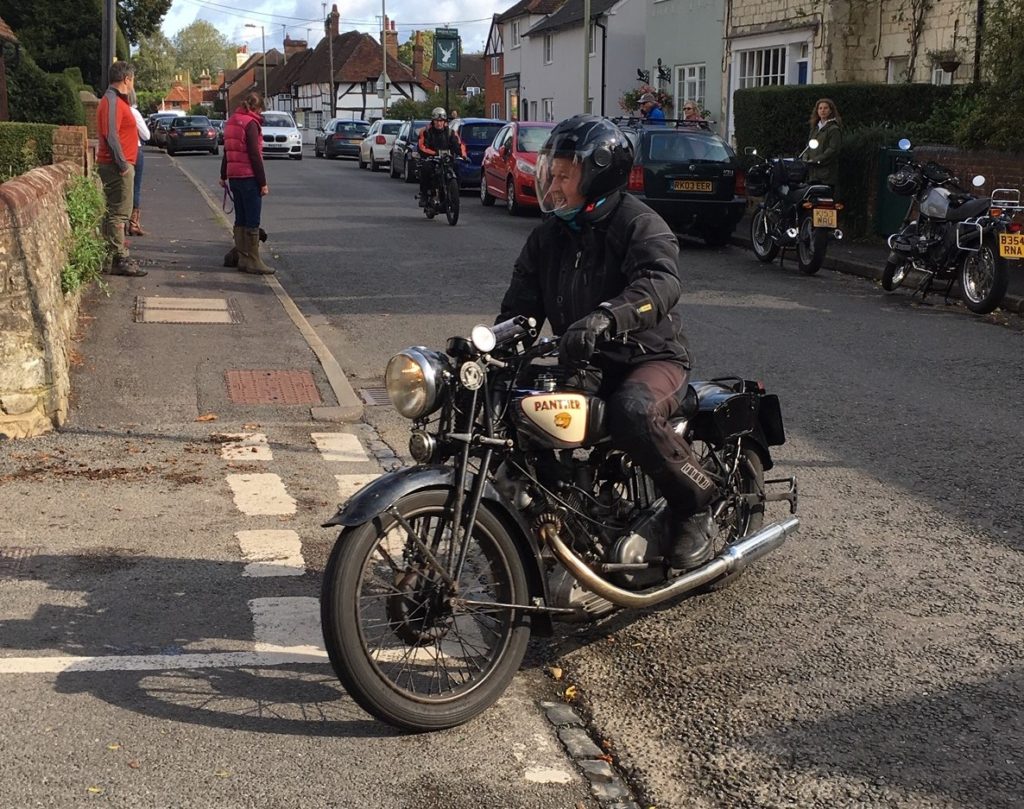 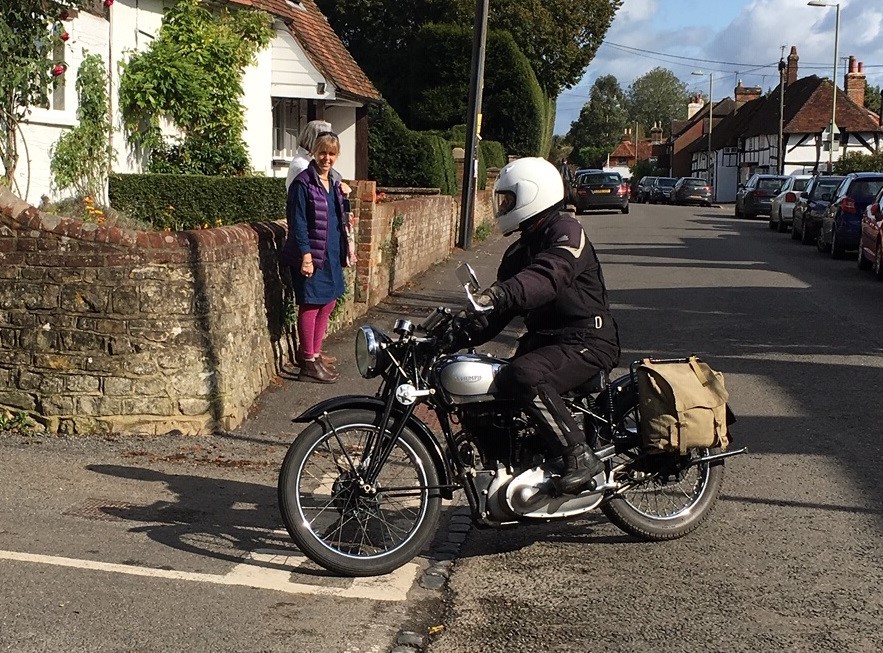