A small selection of pictures taken by Robin Sutherland at the recent Chertsey Show (August 10th) where we had a stand to display members bikes, and were invited to parade around the main show ring. It was a very windy day but that didn’t stop us from having a lot of interest in the machines on show. Thanks to Richard Cross for organising and acting as MC for the parade, and to John G for setting up and packing away. 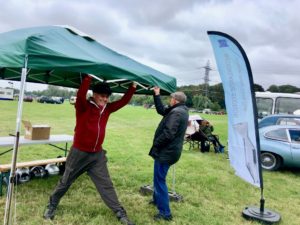 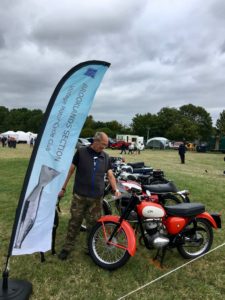 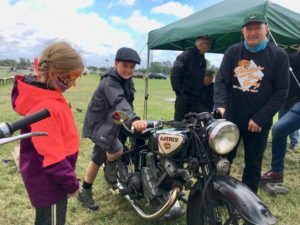 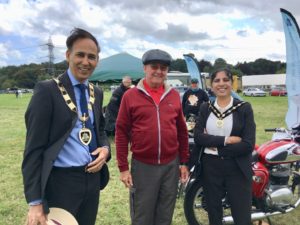 John G with the Mayor and Mayoress of Chertsey 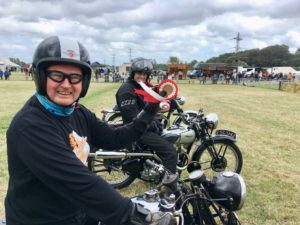 Every one a winner!